Hola! It’s been forever!! Looking back at last year, I realized that I’ve used this blog more for teaching conferences than for travel stuff! One of my goals this year is to get back on track with writing more posts. And since I did something new today, I figure I may as well write one now!

Sorry it’s only in English; I’m too tired to do a translation this time. 😦

Here is a quick summary from The Tico Times, the English newspaper here in Costa Rica (which, incidentally, was created by students at the school I work at!):

Nearly 400 years ago, a small black stone statue of a Madonna and child was discovered perched on a boulder in the forest surrounding Costa Rica’s then-capital, Cartago. Attempts to remove her magically failed. Thus began the recognition and celebration of the day of the Virgen de los Angeles, Costa Rica’s patron saint, famous throughout the region for her miracles.

“La Negrita,” or the “Little Black One,” is a crudely carved, 6-inch tall representation of the Virgin Mary. Legend says that a young indigenous girl, Juanita Pereira, found the statue on Aug. 2, 1635, while gathering wood in the forest outside the city, which at the time was racially segregated. Today, the little statute rests on a golden and jeweled platform above the altar at the Basílica Nuestra Señora de los Ángeles in Cartago, east of San José, built over the rock where she first appeared.

An annual Aug. 2 pilgrimage draws some 2.5 million people to visit La Negrita and thank her for miracles performed. Visitors to the basilica can see the rock where she appeared and display cases filled with tokens of appreciation for prayers answered. They also collect containers of holy water from a spring underneath the church.

I also enjoyed reading about the holiday (a holy day in the true sense of the word) on this page. It’s in Spanish, but go ahead and click that translate button in your browser and read it in English if you need to!

Now, I am not a religious person, but I wanted to go on the pilgrimage for the cultural experience and to learn a bit more about the background of this Catholic tradition (side note: Catholicism is the official religion of Costa Rica, as declared in their constitution, but they do also have freedom of religion, so you can practice whatever religion you’d like).

My friends and I left my apartment, which is about 22km from the Cartago basilica, around 8:30am. Luckily, the rain held off and it was a beautiful morning full of sun and fun!  I had a running belt with a water bottle (shout-out to Fabian for loaning it to me!), which worked out because I was able to refill it from hoses that people had left running from their houses. How cool is it that they shared their water with the romeros (the Spanish name for pilgrims)? I was happy that I didn’t have to waste plastic by buying a million bottles of water!

I had brought a protein bar and some of those electrolyte gummies, and of course I had eaten a healthy breakfast, so my body was up to the challenge! There were definitely a couple of hills that felt endless (remember, I live in the mountains!), which gave me a nice physical challenge. I felt it in my feet and legs, but it wasn’t anything too severe, and we were able to make pretty good time (we arrived around 1pm, just as the rain started to come down).

As we got closer and closer to Cartago, more and more people were surrounding us. I saw women changing their babies on the side of the road, families walking together, spectators watching the romeros while handing out water, and lots of locals selling water, snacks, street meat, and the like.

Once we arrived in Cartago, especially in the square where the basilica is, it was packed! I should have taken more photos, but the rain had started, and I didn’t have a raincoat or anything, so I was just focused on keeping dry and enjoying the view. There was a huge market set up with lots of typical food and vendors selling their wares. We didn’t end up going into the church to see La Negrita because the line was really long. Honestly I would have felt a little strange about it anyway, since I’m not Catholic, and I don’t feel that it is right of me to do a Catholic ritual inside a church. The walk itself was cultural rather than religious, but visiting a religious icon and taking holy water just didn’t feel proper.

So, after hanging around the square a bit, we walked until we found a typical restaurant and feasted on arroz con pollo (and one with camarones) and sat until we decided that we’d end up sitting there forever if we didn’t start moving again (our muscles were aching by that point).

We wanted to take the train back to Barrio Escalante, but it had already stopped running, so we just hopped in an uber and headed back down the road we had walked. I took a nice little nap on demand in the car, and ever since, I’ve been bumming around the house with my blanket and leggings!

Below are some pics from the day, and that’s pretty much about it! Hopefully for my next post, I’ll think of a better conclusion than this! 🙂 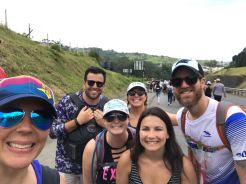 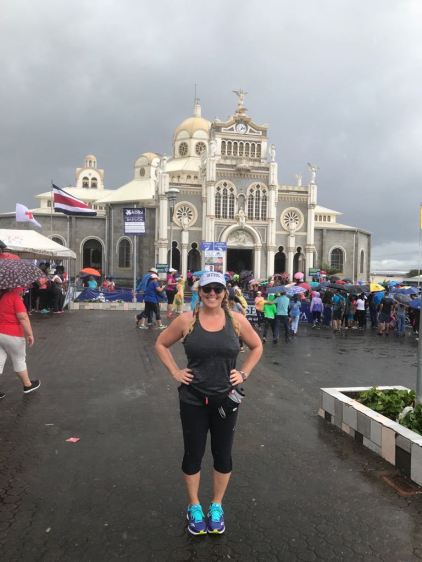 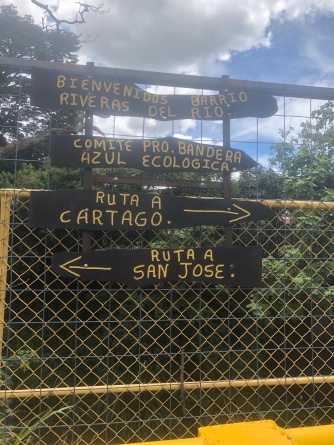 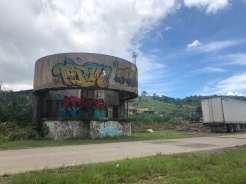 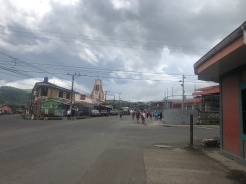 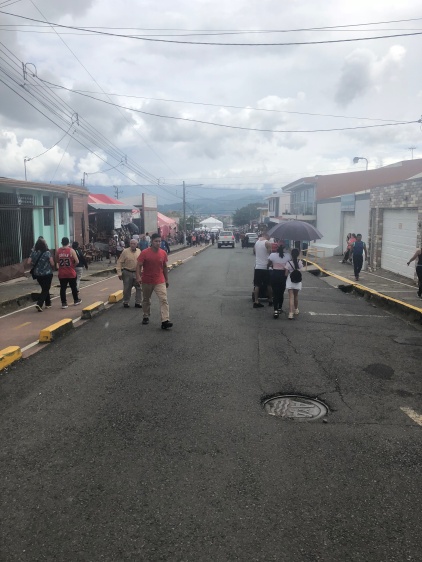 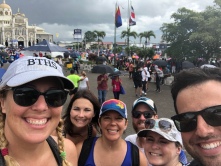